My Curatorial Highlights of 2020 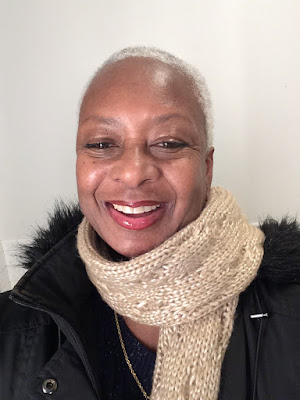 I call on all Black creatives to preserve and tell our own stories.

We must center, treasure and tell our own stories, or others will tell them their own way for their own uses--or refuse to tell them at all.

The comprehensive story of Calendar Year 2020 is a difficult one, and there are different ways I could tell it. This day, though, I wish to acknowledge and celebrate things achieved before and, then, in spite of the pandemic. Things accomplished before and, then, in response to the rise of this year’s anti-racism uprising. Things created in joy and, then, in sorrow, in an effort to keep at least some movement happening at a time of stasis and loss and to build circles of mutual support.

Below is just a sample of notable events I curated for the Gibney organization during 2020:

Soundz at the Back of My Head, premiered by Thomas F. DeFrantz/Slippage, Bessie Award nominee (Quran Karriem) for Outstanding Sound Design/Musical Composition

I was delighted to be recommended to the producers of Boston’s annual Dancing Queerly Festival to guest curate a digital evening of video works from New York-based LGBTQ artists. I selected J. Bouey, Ni’Ja Whitson, Maria Bauman-Morales, zavé martohardjono and Brother(hood) Dance! for this well-received program.

In years past, I have also enjoyed curating events for Danspace Project, La MaMa and 92Y Harkness. I'm still eager for independent curatorial or dramaturgical projects--specifically Black- or BIPOC-centered ones. Reach out!

This summer, I started organizing Black Diaspora, my pilot program designed for rising Black artists from a variety of cultural backgrounds and dance/performance techniques and traditions. I invited artists to apply following recommendations from more experienced Black artists in New York's community, and a cohort of eighteen was formed. Since September, sponsored by Gibney, they have met by Zoom to hold conversations on topics of their own choosing. Some of these informal community conversations have been joined by invited artists such as Ayodele Casel, J. Bouey, Jerron Herman, Kayla Hamilton, Ni'Ja Whitson, Raja Feather Kelly and Rokafella and Kwikstep and more are coming in 2021. Participation is free. Recently, I was offered additional funding to curate a series of workshops for the Black Diaspora cohort. These will run from February through June of 2021, facilitated by Cynthia Oliver, Gilbert T. Small II, Paloma McGregor, Nicole Stanton and Bebe Miller. I have invited this first cohort to return for a second fiscal year (September 2021 through June 2022). It is my intention to develop Black Diaspora into a full-featured residency program over the next few years.

Along with its newly-redesigned website, Gibney now has a bi-monthly online journal--Imagining: A Gibney Journal--which I have edited along with outgoing Curatorial and Editorial Coordinator Dani Cole. (Monica Nyenkan has now joined Gibney in the CEC role and has begun assisting me with Imagining.) Some of the writers engaged in our September and November 2020 issues were Ogemdi Ude, George Emilio Sanchez, Maura Nguyen Donohue, Conrhonda E. Baker and Aynsley Vandenbroucke. We are situated at the intersection of the arts and social justice and seek to make space for underrepresented voices.

I have awarded the EYABALA space grant at Gibney--funded through a generous contribution from board member Andrew A. Davis--to nia love, Jerron Herman, David Thomson, and Jordan Demetrius Lloyd. These artists will receive 50 hours of free rehearsal space when studios in both of Gibney’s centers can safely reopen. (UPDATE: Due to an unforeseen scheduling conflict, Jerron Herman had to withdraw from this program. André Zachery has been given this award in his place. And, last but not least, the hours have been increased for all awardees from 50 to a whopping 100!)

In November, I convened a new independent group Black Curators in Dance and Performance, two-dozen strong, with a focus on mutual support, creative collaboration and advocacy. We have set January 22 for our third meeting.

The independent Artists and Advocates of Color Collective (AACCollective), which I proposed as a haven and support for BIPOC artists affiliated in any way with Gibney, finally began to take off this year, growing in membership and activity.

I have also had the honor of serving on the 2020 Bessie Awards Steering Committee for a short spell this year and joined some amazing community leaders on the advisory Dance/NYC Symposium Committee in preparation for the upcoming symposium (March 17-19, 2021).


Most of our journeys have been disrupted this year, and I have had to put aside or alter many things planned for this year and the next. But I’m happy to say 2020 still offered good opportunities to stay in motion and strive to make a difference.

DISCLAIMER: In addition to my work on InfiniteBody, I serve, at Gibney, as Senior Director of Artist Development and Curation and Editorial Director. The postings on this site are my own and do not necessarily reflect the views, strategies or opinions of Gibney.