Here's a note about my one foray out, this season, to Lincoln Center Out of Doors, a free arts festival that, for many years, I used to haunt. Why only once this time? Well, I am now far less weather-tolerant than ever and quite over Gotham's punishing version of summer. This summer, I happen to be stuck in New York and not without whining. Considering that my notion of staycation definitely includes a ton of outdoor activities, I've been miserable.

But it turned out to be reasonably pleasant last evening as the sun vanished and students from Fiorello H. LaGuardia High School of Music & Art and Performing Arts--the Fame school--brought the Fosse in an all-out presentation of the jazz dance master's Sing, Sing, Sing number from DANCIN' (1978). Sanctioned by The Verdon Fosse Legacy, this ensemble performed as if sanctioned by God Herself. Which drew cheers and a standing-O from an army of buddies and family. Which brought unexpected tears to my eyes because young artists with supportive families.

The inspiring Caleb Teicher (Caleb Teicher & Company) followed with a trio of his dance pieces. This snappy size matters duet Small & Tall--Christine Flores and Lindsey Jones, respectively--showed off Teicher's penchant for goofy physical comedy. He's gifted at this himself with a studied finesse to the timing of movements and unique, offbeat detail--all of that making him the unmatched standout in his charming swing piece, Meet Ella. Originally a long, flowing duet with Nathan Bugh, it was presented last night as a quartet incorporating two women dancers, Macy Sullivan and Evita Arce. Sullivan and Arce have carefree gusto and were employed well throughout, but I was a little sorry to see them granted the tender, whirling, orbiting same-sex duet I had originally seen where Teicher partnered co-choreographer Bugh to Ella Fitzgerald's recording of "Midnight Sun." (I'm going to link to that song once again, as I've done before, because if you youngsters don't know it, you're missing something pretty great.) It's not that I don't want to ever see two women tackle this duet. It's that I specifically want Teicher + Bugh + Fitzgerald to dazzle me again.

If you get a chance to see this troupe, may it be in a closer, smaller setting. The Damrosch Park Bandshell isn't the best place for these dancers, though the Bzzz ensemble number--particularly a rousing duet between beatboxer Chris Celiz and tap improviser Jabu Graybeal--overrode the distance. 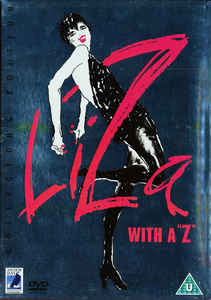 It was a long night, and I stayed only a few songs into the screening of Bob Fosse's television special for Liza Minnelli, Liza With A "Z" (1972). I ducked out while Liza took on "Son of A Preacher Man," a hit for English pop singer Dusty Springfield four years prior. But that and the first few numbers were enough to remind me of beloved Liza's big heart and underscore just how much freedom of expression white artists gained from studying Black people.

Lincoln Center Out of Doors concludes on August 11 and, in the meantime, wants to bring you several more cool performances for FREE. Click here for schedule details.

Subscribe in a reader
Posted by Eva Yaa Asantewaa at 12:04 PM