Camille A. Brown: changing the joke, slipping the rope 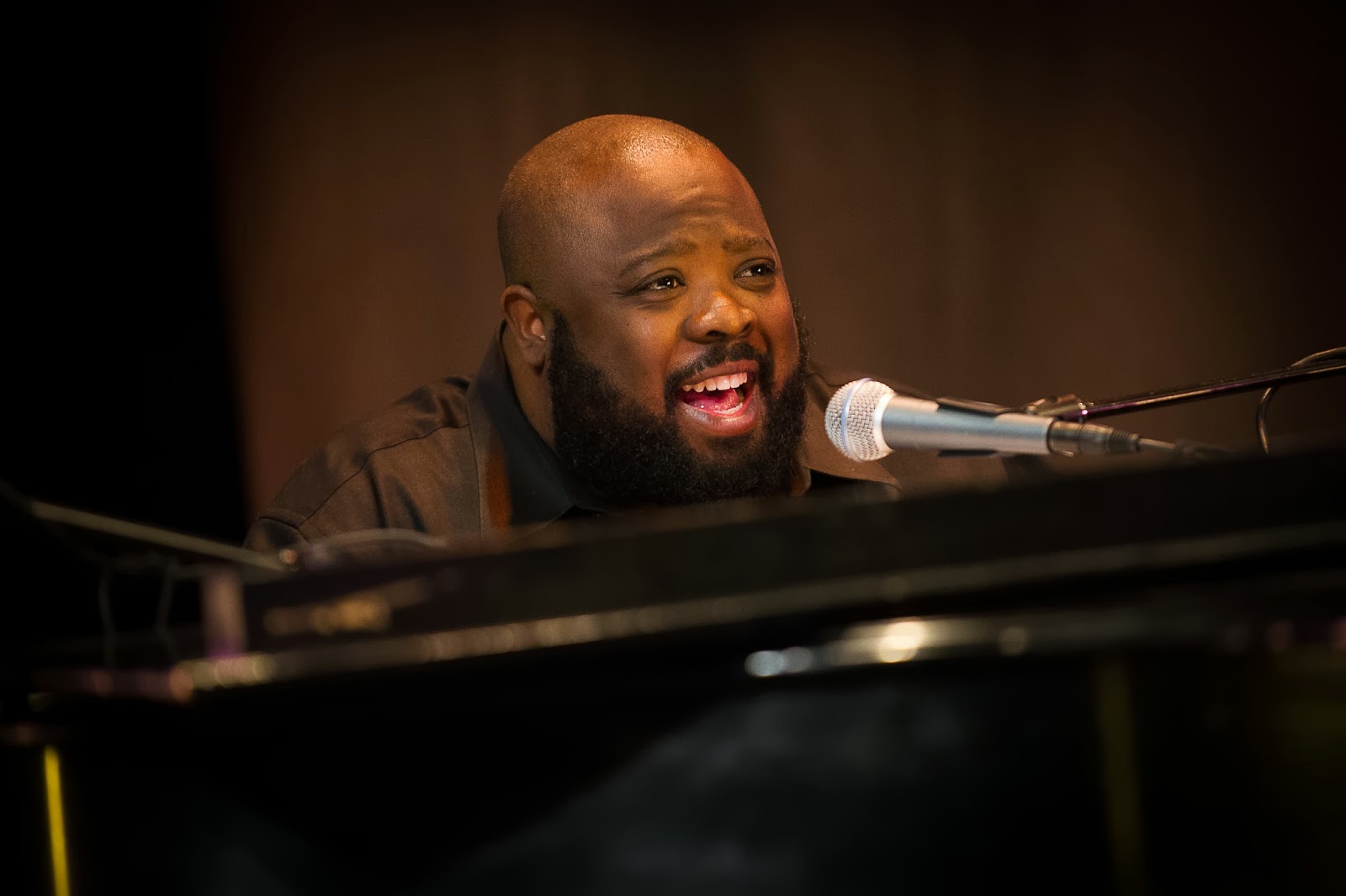 from publicity for Camille A. Brown's Mr. TOL E. RAncE:


"Inspired by Mel Watkins’ book, “On The Real Side: From Slavery to Chris Rock”, Spike Lee’s controversial movie, “Bamboozled”, and Dave Chappelle’s “dancing vs. shuffling” analogy, this evening-length dance theater work celebrates African-American humor, examines “the mask” of survival and the “double consciousness” (W.E.B. DuBois) of the black performer throughout history and the stereotypical roles dominating current popular Black culture.

"Mr. TOL E. RAncE speaks to the issue of tolerance--how much Black performers had to tolerate, and addresses-forms of modern day minstrelsy we tolerate today. It is not a history lesson. Blending and contrasting the contemporary with the historic, the goal of this personal work is to engage, provoke, and move the conversation of race forward in a timely dialogue about where we have been, where we are and where we might want to be."

Something unprecedented happened last night at Kumble Theater for the Performing Arts when Camille A. Brown & Dancers presented Mr. TOL E. RAncE, Brown's magnificent work from 2012. Something that rocked me back in my seat. No, I don't mean the hour-long delay before the show started (serious technical problems). Or 651 Arts's Shay Wafer gamely and humorously fielding audience questions while we waited. And, no, I don't mean the dance itself--although that certainly would qualify, and we'll get to that.

I'm talking about what happened when Brown, her fellow dancers and her remarkable pianist, Scott Patterson, reassembled after the performance to sit in dialogue with their audience. A few groups of young students, not staying for the talkback, had just filed out of the front rows, and Patterson spoke his mind, admitting that this performance had been, in all the history of the piece, the toughest he had ever faced.

As Brown and other company members also spoke up, it became clear that the youngsters' behavior--visible and audible to the cast, if not to those of us farther back--had been unnerving. Performing a physically and emotionally intense, political work drawn from Brown's experience of being a Black artist and woman up against mainstream power, drawn from the long, twisty, complicated history of Black entertainers in America, Patterson said he felt as if he himself had been made into a minstrel. "I felt that they [the students] were laughing at me, at us, not with us."

Brown later tempered that a bit. Though she had noticed the disturbance too, she also caught moments when the students were quiet, clearly into what the company was doing--presumably because they more readily related to the hip hop style of one particular passage. 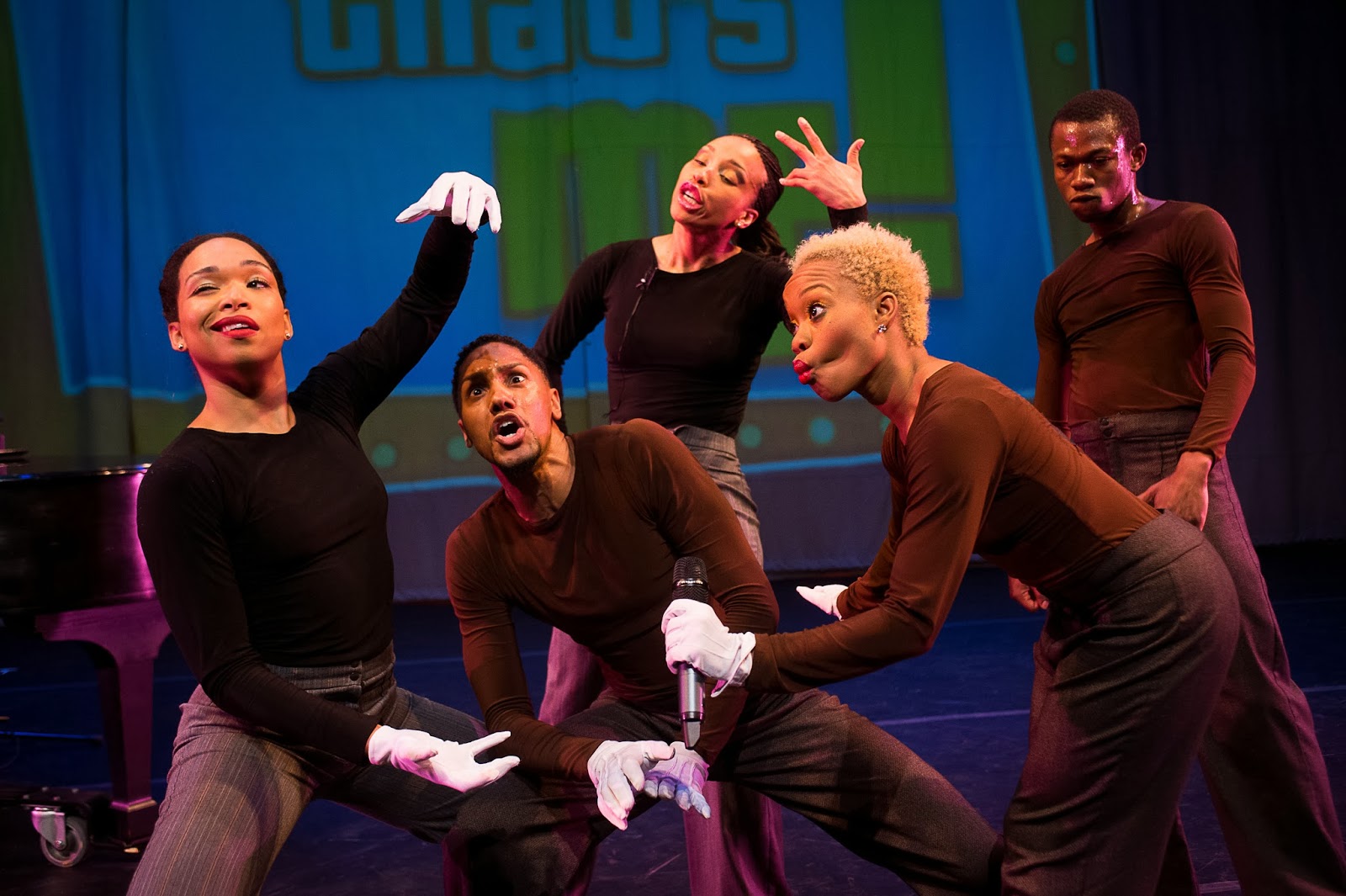 You might say, Why should this matter? It does matter, because Mr. TOL E. RAncE is, in itself, a blistering, exhausting piece, and I frankly don't know how Brown has managed to bring her dancers to the point where they can perform this work at all, let alone perform this tight, this polished. It matters, because all performers continuously exchange energy with their audiences (why Mr. TOL E. RAncE nearly killed me even as I marvelled at it and its maker), there being no blood-brain barrier at the edge of a stage where a fourth wall would stand, and those students were messing with those performers. It matters, too, because Mr. T--let's just call "him" that from now on--has a lot of questions to pose to Black youth. No answers, but deep questions about their autonomy and their choices.

It also matters, because of what Brown went on to say about herself, referencing, among other things, how Dave Chappelle gave up his lucrative tv gig because he didn't want to compromise his values. Which kind of spooked me, because it's unnerving to hear a woman of her unquestionable gifts and achievements--as dancer, choreographer and educator--openly express feelings of exhaustion and discouragement. Maybe because, in my own way, I can relate. Despite Mr. T being a kind of f... you to the status quo--and a massively effective one, I'd say--for Brown, the exhaustion and questioning continues.

As Brown would readily tell you, Mr. T is not a history lesson, but it is broadly sourced in the history and legacy of Black American popular entertainment, as well as contemporary controversies like Miley Cyrus's twerking and hip hop's ease with the N-word, violence and hypersexuality. It dares to examine the external and internal challenges that Black artists continue to face.

Brown jams all of that into an hour, vacuuming out most of the air and leaving us with something compressed that whips past us in a fury. Projected snapshots and film clips get distorted as they play across a back curtain. Fast, fast movement snaps and wrenches into place with little let-up; movement so hectic, so relentless that, in the work's beginning passages, the faces of the dancers, when not averted, become a blur. Eventually, we do come to know individual faces, and they sometimes present cartoonish, stereotypical exaggerations. But even some handsome smiles prove tricky to read because they emerge from different places within the person. Some are practiced and plastic. Some are self-satisfied. Some reflect real pleasure. And sometimes, there's a combination of these embodied states of consciousness. Black American performers, then as now, have been among the best at what they do, and it's all there--confidence, ambition, competitive ego, genuine joy in being and giving--in the faces they turn to their audiences.

This show can get very loud; it's one of the loudest dance shows I've ever seen (heard?) short of maybe something involving Streb or STOMP or something on that order. We get a warning about "strong language and sexually suggestive content" but not about the din or the fact that the movement won't often let you relax and breathe. Yeah, Mr. T is a brutal son of a gun.

You feel that brutality because the choreographer has baked it in, on purpose, to take us right to that place where she, regrettably, finds herself. But if you also feel the deep investment of each of Brown's performers in what he or she is doing, you've learned something important that she needs you to know about the Black artists she has studied.

Some segments relieve the onslaught. Things slow down, or there's genuine amusement. Audiences, at least those members of a certain age, respond well to the dancers movement parodies that accompany images from long-lost tv shows like "Amen" or "Fresh Prince of Bel Air" or "Good Times" or "The Jeffersons."
Brown talks of how she was advised to "not be so direct," to tone down Mr. T. Let me catch my breath long enough to tell you that she was right to sharpen her knife and keep going. I want to tell her--here in this review--that she must sharpen her knife again. And keep going.

The Kumble Theater season of Mr. TOL E. RAncE concludes tonight with a performance at 7:30pm. If tickets remain, you can get them here.

With dancing by Brown, Timothy Edwards, Juel D. Lane, Waldean Nelson, Mora-Amina Parker, Willie "Tre" Smith III and Marlena Wolfe. They are all terrific, but watch for extraordinary solos performed by Brown and Nelson, portraits that, remarkably, compress the story, and the heartbreak, even further.

Kumble Theater for the Performing Arts
at LIU Brooklyn
One University Plaza, Brooklyn
(map/directions)
Posted by Eva Yaa Asantewaa at 11:09 AM